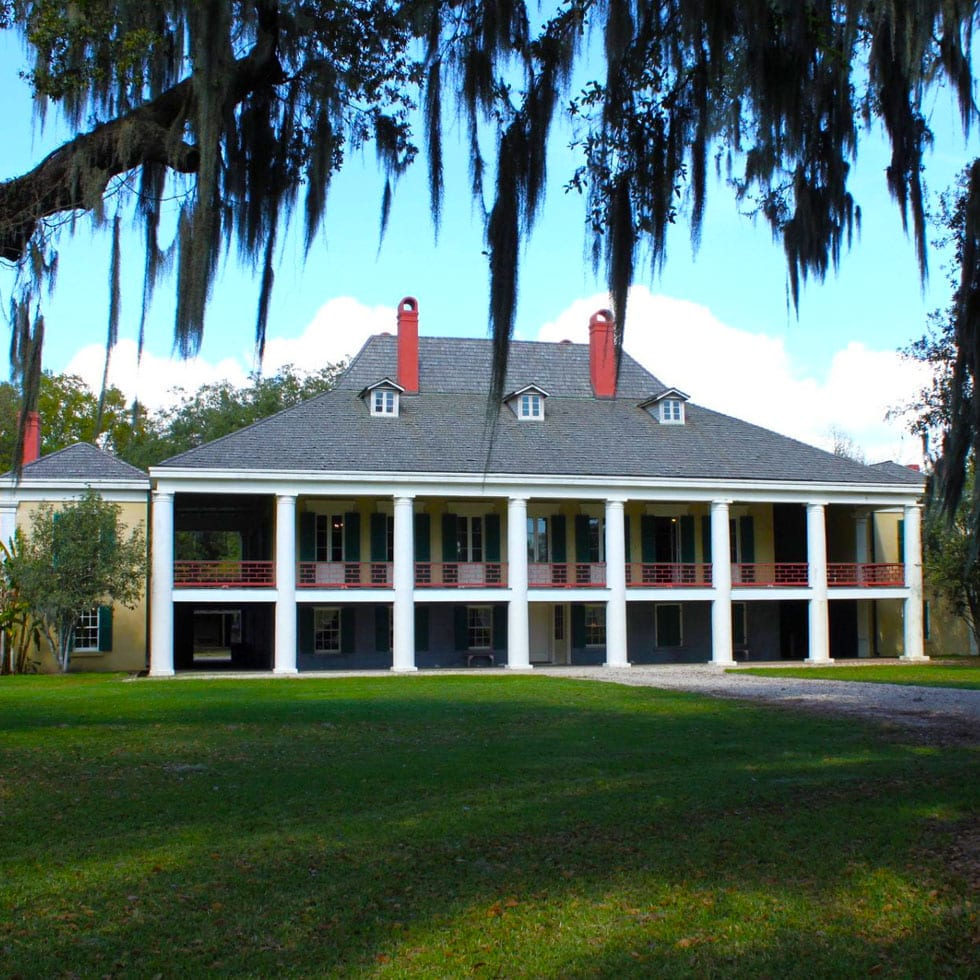 THE OLDEST AND CLOSEST PLANTATION NEAR NEW ORLEANS

The Destrehan Plantation is one of the oldest standing plantation in the Mississippi Valley surrounded by majestic, 300 year old oak trees. The house has been beautifully restored to its original glory and has  a lot of history to see and to learn.

The History begins with a muddy river called the Mississippi River and dense swamp lands. Rene-Robert Cavelier Sieur de Salle traveled the beginning of the river to its end. He claimed the territory for France anticipating it to be a source of great wealth for the country. A young son of a Paris financial family, which was part of the court of Louis XV, packed his trunks and sailed to the new world. Destined to find a family that would have a profound impact on Louisiana and the entire United States, he helped set standards by which new territories would be included into the union and shaped the laws of the State of Louisiana. Little did this young man suspect that his son’s family home would still be standing in the 21st century.  We now refer to this home as Destrehan Plantation.

Established in 1787 and listed on the National Register of Historic Places, Destrehan Plantation remains the oldest documented plantation home in the lower Mississippi Valley. Located on the historic River Road, this antebellum home with its lush green grounds and moss draped Live Oaks watches over the banks of the Mississippi River just minutes away from New Orleans. In 2010 the site received a travel and tourism Louey Award naming it the 2010 Louisiana Attraction of the year. The plantation exhibits an original document signed by President Thomas Jefferson and Secretary of State James Madison appointing Jean Noel to the Orleans Territorial Council responsible for creating Louisiana’s civil law of government.

Destrehan Plantation is located 30 minutes from the French Quarter. The pick-up begins at 8:15am for the Morning Tour and 12:30 pm for the Afternoon Tour. We use our sister company “Alert Transportation” for the ground transportation service. The driver goes hotel to hotel for the pick-up service. We ask that you allow us up to 30 minutes for the pick-up service. Pick up will be curbside of your hotel. You will spend approximately 2 hours at the plantation. The guided house tour will be about 1 hour in length. The remainder of your time will be spent self-exploring the grounds and gift shop.